Am I entitled to free eye tests?

Millions of people in the UK are entitled to a free NHS sight test, and you might be eligible without knowing it.

In a recent survey of our members, over 65% of those surveyed told us they found out they had glaucoma via a free eye test at their local optician.*

Glaucoma is often symptomless and the only way to find out whether you have it is to have your eyes checked.

In England, Wales and Northern Ireland, there are a number of reasons you might be entitled to a free sight test. For example, you’re eligible if:

You might also be eligible for free eye tests if you or your partner receive certain benefits, such as Income Support, Employment and Support Allowance, Jobseeker’s Allowance, Pension Credit Guarantee Credit, or Universal Credit, or if you’re under 20 and the dependent of someone receiving these benefits.

Live in Scotland? You are eligible!

In Scotland and the Isle of Man, free eye tests are available to all.

The importance of free eye tests 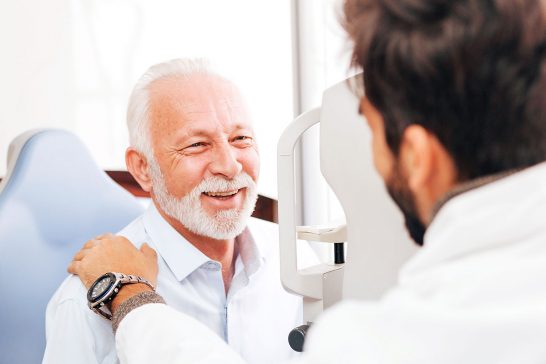 As part of our 2020 World Glaucoma Week campaign, we asked people to tell us about how their glaucoma was first detected.

The majority of those who responded to our survey had glaucoma detected via an eye test at an optician – just over three quarters. For over 65% this was via a free NHS sight test – a clear indicator of how vital free eye tests are to detecting conditions like glaucoma.

More than half of respondents – 55% – had their eye test at an independent optician. Just over 31% chose an optician that was part of a chain, the most popular being Specsavers and Boots.

A huge number of respondents – more than 67% – told us that they had no concerns about their eyesight before they attended this appointment – a response that highlights the importance of having your eyes tested regularly. As glaucoma is so often symptomless, the diagnosis will come as a surprise to many people, but early diagnosis helps to reduce the risk of sight loss and gives the best prognosis for retaining useful sight for life. 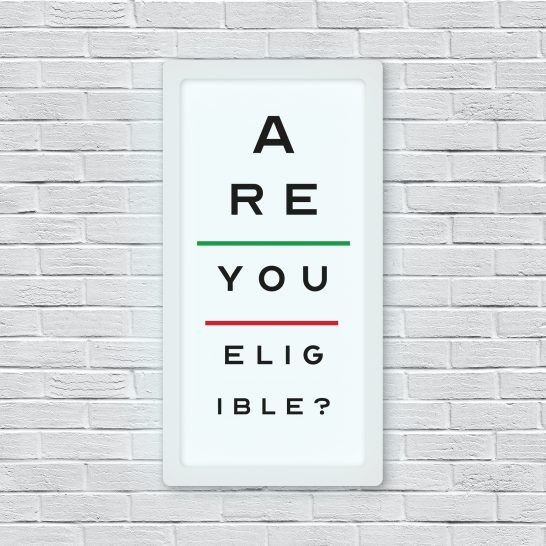 So, are you eligible?

To find out, you can use the new NHS eligibility checker tool. It’s free, quick and easy: just answer a few questions.

Find out if you're eligible