Amba was 12 weeks old when she was diagnosed with glaucoma in her right eye, which was caused by a Sturge Weber syndrome birthmark. Here, she tells us her story. 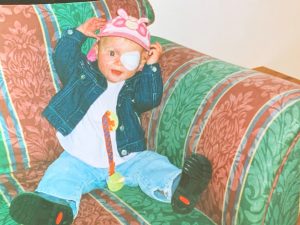 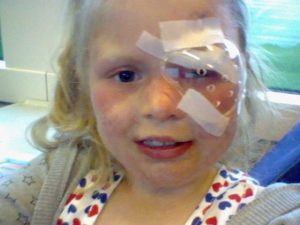 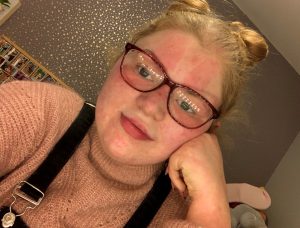 I want to share my glaucoma story and the impact it’s had on my life so that people can see that glaucoma isn’t just a disease in older people.

My glaucoma is caused by a Sturge Weber syndrome birthmark. My birthmark covers my eyelids which affects the pressure on the eyes, causing damage to the optic nerve. This has resulted in one eye being much larger than the other.

I was diagnosed with glaucoma in my right eye at 12 weeks old. When I was born, my parents were concerned that the pupil of my right eye was much larger than my left one. They kept going to see the GP about it and were finally referred to the local eye clinic, where I was eventually given my diagnosis.

My parents were quite worried because one of our older relatives had glaucoma, and they had seen the struggles she had experienced with her sight. Though there was a family history of the disease, they had only heard of it affecting older people, not babies.

Thankfully my parents received lots of information from the glaucoma consultant, which I think helped to put their minds at ease about my future sight. Although they worried about the operations I would need to keep my sight and glaucoma controlled.

As a baby, I would often have patches over my eyes, either after an operation or as part of treatment, and people would stare. I had two muscle release surgeries on my right eye and then trabeculectomy in both eyes at ages eight and nine, as by then I had also developed glaucoma in my left eye. I’ve also had Botox injections to seize the muscles. I was taking eye drops up until a year after my last trabeculectomy, when I was about 10 years old, but I haven’t had to control my glaucoma with drops since then. I have to wear glasses to help with my vision.

Now as a young adult, my glaucoma is invisible to most people, so they don’t know the struggles I have to face on a daily basis. It’s hard to explain to people and my loved ones what it’s like to have glaucoma and to see the world completely differently.

I want to share my glaucoma story and the impact it’s had on my life so that people can see that glaucoma isn’t just a disease in older people. Like me, you can have it from birth as well. Around five in every 100,000 children in the UK have glaucoma. Mine is down to my visible difference, a Sturge Weber syndrome birthmark. I currently campaign for another charity called Changing Faces, to raise awareness of visible differences.

My message for anyone who has been diagnosed with glaucoma is that at times it will be difficult, and at other times it will be like a walk in the park, but acceptance is key. Embrace it and don’t let it hold you back from your dreams and your future. 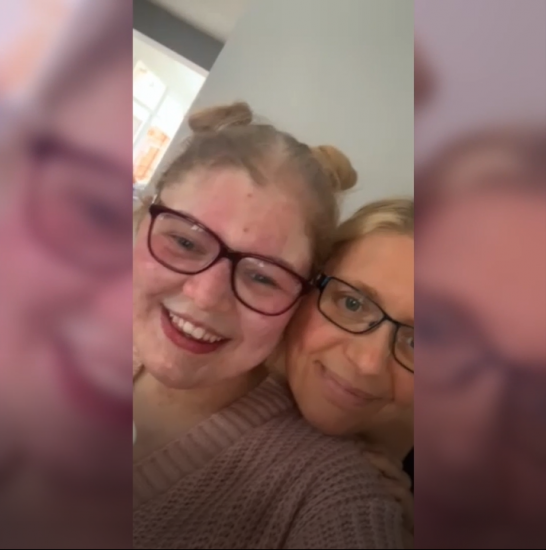 Take a look as Amba tells us about her glaucoma and shows us how it hasn’t stopped her pursuing her passions.

If you would like to find out more about Sturge Weber syndrome or other syndromes in babies and children where glaucoma may be present, click here

You can hear Jessica share her story on The Glaucoma UK Podcast. Find out about her diagnosis journey, what steps she has to take to manage the disease in her everyday life, and how it hasn’t stopped her from pursuing her passions. 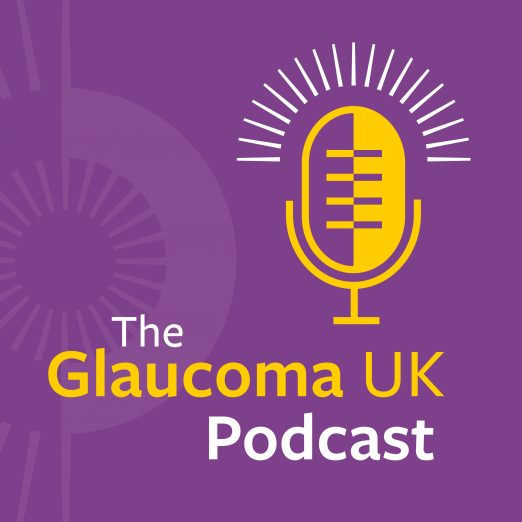