Chris wasn’t prepared for the fact that her glaucoma treatment would alter her appearance. She feels doctors could be more understanding of the impact this change can have on people living with the disease. 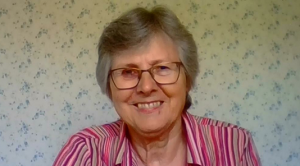 I wasn’t prepared for my eyes to look different

I felt a little worried when I was diagnosed with glaucoma in 2010. It had been picked up during a visual field test at the opticians when I went for a routine appointment. But I was reassured that my glaucoma was in its early stages and was referred to the hospital’s eye unit.

My great aunt had an eye removed due to glaucoma, but I understood that this was because she didn’t have it treated. So, I was aware that I had to do all I could to hold back the progress of the disease. My great aunt is the only one in my family that I know of who had glaucoma. The specialists have always discounted this family link as not being closely related enough to have any influence on my eyes.

Thankfully, COVID-19 has not had any impact on my eye health and treatment. The time between appointments has actually improved, as the hospital had already hired an insourcing company to help with the backlog of appointments. This has now brought the time between appointments to that recommended by the doctor, whereas up until two years ago there was a time lag of six months or so. This used to result in many phone calls to try and get the appointment moved to an earlier date.

I currently take three different types of eye drops a day, which have made one eye and the skin around it quite red. Doctors have offered to change my drops but new ones wouldn’t be as effective so I’ve declined that option. I’ve also had laser surgery on my right eye, and a trabeculectomy to my left one.

I didn’t feel the doctors explained the implications of the trabeculectomy very well to me, with regards to how it would affect my appearance. I’d previously worn contact lenses for 45 years and asked my doctors about wearing them after the trabeculectomy, as there’d been no mention of this. They looked surprised at this topic being raised. They told me that I wouldn’t be able to wear the contact lenses afterwards and explained the reasons why. They didn’t seem to realise the big impact this would have on my life. Wearing lenses felt like part of my personality by then. I now find glasses a nuisance when using the oven, and they mist up on buses or when I’m wearing a face covering. I feel like I’m reminded about my loss of the contact lenses almost every day.

My doctors also said that the bleb from the trabeculectomy would be under my eyelid and wouldn’t show, however part of it does. My eyelashes on that eye are also much thinner and shorter now. I’ve spoken to my doctors about the bleb showing when going for check-ups, and they just say I’ve got an unusually large one!

The effects of my eye drops and trabeculectomy have meant that my appearance has changed quite considerably. I wasn’t prepared for my eyes to look different. I was never told that this could happen, and doctors don’t seem sympathetic to how I feel about my appearance changing. I’m certainly conscious of it when meeting new people. It would be helpful if doctors would acknowledge that this has quite an impact on how you might feel about yourself, even though they’re not able to do anything about it.

My trabeculectomy was in 2016, so I’ve had plenty of time to get used to my change in appearance now, and it doesn’t bother me as much. Due to COVID-19, I’ve recorded some short videos for my church’s Facebook page as I’m a Lay Minister there, and I’m aware that my right eye looks rather red, but I just think about it rather than worry about it. I’m sure that for many people their appearance won’t change with treatment for glaucoma, but it’s something to be prepared for, just in case.

Chris’ experience of the bleb being visible following her trabeculectomy isn’t a common side-effect. If you have any concerns, please speak to your health care professional. Alternatively, call our helpline for support on 01233 64 81 70. Lines are open Monday to Friday, 9.30am – 5.00pm.