It’s hard to imagine the range of emotions that you might go through when you’re told your baby or child has glaucoma. We’re grateful to Kelly Seres for sharing her experience with us. 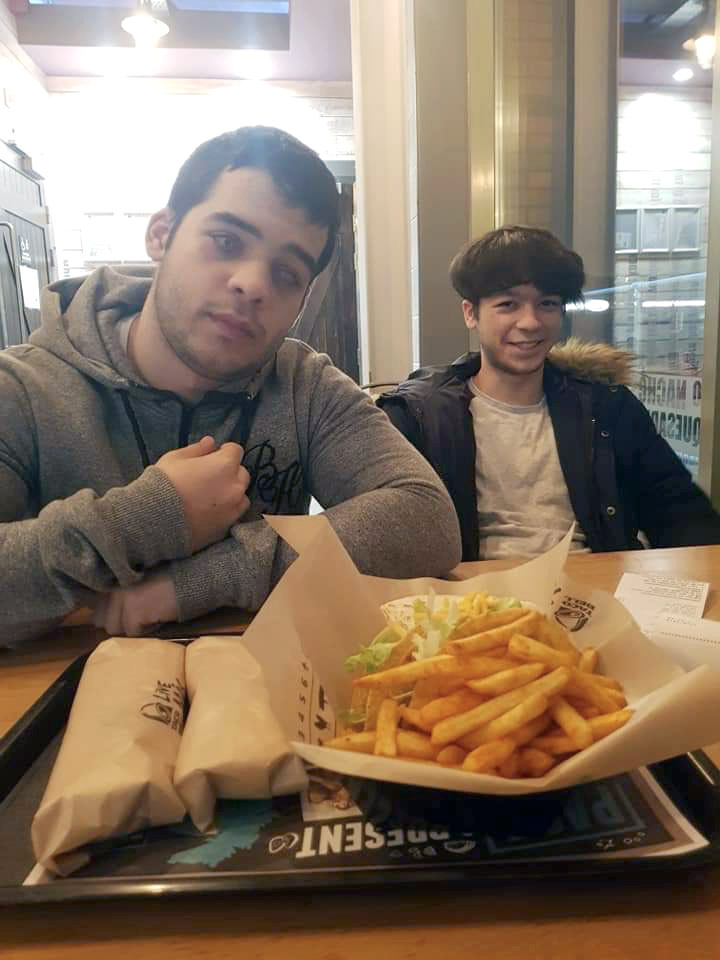 When my son Thomas was born the midwife knew something was wrong. His eyes were a cloudy blue.

When my son Thomas was born the midwife knew something was wrong. His eyes were a cloudy blue. The next day we were told he had congenital glaucoma and we had to take him to Moorfields Eye Hospital for an operation. This was so scary and upsetting, as we didn’t know what to expect.

Two weeks later we were in London under the care of Professor Sir Peng Tee Khaw, who explained that Thomas would need an operation called a trabeculectomy, first on one eye and a month later on the other.

Before my son’s first operation my heart broke as I handed him over to the nurse to take him into theatre. I promised myself that no matter how hard it was, I would always go in with him.

No one told us at the time what the treatment for congenital glaucoma was like and I didn’t realise how many operations and how much pain my son would have to go through. He had to have an examination under anaesthetic every month and had regular procedures and many drops.

At six months old his eye pressure dropped too low and he had to have another operation. Then his pressure rose very quickly, causing him to vomit badly, and he needed yet more surgery. For the next few months we practically lived at Moorfields. Things were very hard.

After many more operations and other treatment Thomas had aqueous shunts put in, which eventually stabilised his pressure and things got a bit easier.

Thomas is now nineteen. He has little vision and has had around fifty operations, including two trabeculectomies, three shunts, three corneal grafts and many more procedures. Despite all of this he remains independent and has a very positive attitude to life.

I went on to have six more children, none of whom had eye problems. Then three years ago I gave birth to my youngest daughter, Rebecca.

The day she was born I remember my husband and I sat on the hospital bed just looking at her. When she opened her eyes we both looked at each other and my heart sank, as I knew what was wrong.

Four days later Rebecca had a full eye examination and she was suspected of having congenital glaucoma. However, we were shocked to learn that she also had a coloboma (part of the structure of the eye hadn’t correctly developed) to her left eye.

For me, it was heart-breaking as this time we knew what to expect – all the operations, pain and drops. However, unlike Thomas, Rebecca had a very good chance of decent vision as her eyes were very much clearer than his were.

At three months old Rebecca had a surgical procedure called a goniotomy. This worked well for around a year then deteriorated, requiring Rebecca to have a trabeculectomy. Unfortunately, this did not work so well, and Rebecca needed shunts putting in at the age of three.

The first shunt was a new smaller Innfocus shunt (a small tube inserted in the eye to help with the pressure). This was painful for her but at first all seemed well. However less than a month later her pressure was very high, and she needed to have another small shunt put in.

With the second shunt Rebecca remained in a lot of pain. She would wake up in the morning with very swollen, red eyes. Her pressure remained very high and Prof. Khaw thought she was rejecting the second shunt, so he decided to take that one out and put in a bigger shunt. Going through so much in such a short time was very hard on all of us, but especially Rebecca.

In the following weeks Rebecca’s pressure remained high as the shunt takes time to work. She was taken off steroid drops as they can cause the pressure to rise, and put on medication to lower her pressure. This seemed to work and Rebecca was soon taken off the medication but still needed close monitoring.

Today Rebecca is three and a half years old and we have a fight on our hands to keep her sight and she is still very sensitive to light, but hopefully the worst is over.

As a parent, watching my children go through so much has been hard but I will be by their side every step of the way. Hopefully one day there will be a cure for children like mine.