HomeGlaucoma and me - David's story

Glaucoma and me - David's story

David Scott was diagnosed with pigmentary glaucoma in his mid-30s, following a decade of living with ocular hypertension. Thanks to multiple surgeries, he has reached retirement age without the disease having a significant impact on his life. 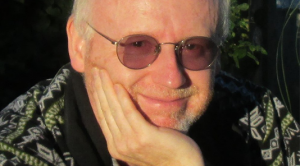 In my experience, it’s best not to procrastinate about surgery if eye drops alone aren’t controlling pressures.

I was in my mid-20s when ocular hypertension (OHT) was first detected in 1987. I’d visited my GP on return from a skiing holiday (during which I’d accidentally headbutted a tree!), and she told me that the patterns at the back of my eye were unusual and ought to be investigated.

A decade later, my intraocular pressures (IOPs) could no longer be controlled by medication and I was diagnosed with pigmentary glaucoma.

I hadn’t been unduly concerned by the OHT but it did become worrisome when the pressures rose significantly and further action became necessary. I visited another consultant for a second opinion, and he confirmed the diagnosis. He said that laser treatment would be particularly appropriate in such a case, so I went on to have a laser iridotomy, which prevented pigment granules from being formed by the iris rubbing against the lens. This was followed 18 months later by an argon laser trabeculoplasty, which helped to clear old pigmentation blocking the trabecular meshwork.

After a long period of stability, my pressures began to rise again in 2013.

In 2015, I had XEN Gel Stents inserted into both eyes. These have been successful in improving drainage and lowering my IOPs (although I recently underwent a needling procedure to remove scar tissue that was partially obstructing the stent in my right eye). By 2021, pressures had once again risen sufficiently to justify additional selective laser trabeculoplasty (SLT).

Along with the surgery, over the years I’ve also tried several different medications. Most of them resulted in a degree of eye redness (probably caused as much by preservatives than the active ingredients). Since the stents were inserted it has been possible to avoid using drops entirely.

Although I had significant field loss in the period leading up to treatment starting, and experienced damage to the remaining nerve endings in my left eye around 2014, I can honestly say that glaucoma hasn’t significantly affected my life so far. Consequently, it hasn’t really impacted the lives of my loved ones either – apart from having to cope with listening to me talk about it! There is a family history of glaucoma: both my grandfather and father developed the disease. Indeed my father, who is 92, is now formally registered as sight impaired.

In my experience, it’s best not to procrastinate about surgery if eye drops alone aren’t controlling pressures. Most of the damage to my visual field occurred in a two-to-three-year period during the 1990s, and I can’t help but feel that this might have been avoided had the laser treatments been carried out more promptly.

When I think about the damage to my visual fields, I often find reassurance in the fact that when we ‘see’ something, it’s the brain that does most of the work. Interestingly, I read in Bill Bryson’s book The Body that it takes about a fifth of a second for information to travel along the optic nerves and into the brain, where it’s then processed and interpreted. To help us deal better with this fractional delay, the brain is continually forecasting what the world will be like one-fifth of a second from now. In other words, we spend our whole lives living in a world that doesn’t quite exist yet. How amazing is that?

I feel it’s important for people to know that glaucoma isn’t an older person’s disease, as my experience clearly highlights – I was only in my mid-20s when OHT was detected, and then in my mid-30s when glaucoma was diagnosed. The fact that it can cause irreparable damage to your vision without you even realising that there’s anything wrong shows why it’s so vital for people of all ages to get their eyes tested regularly.

Though my glaucoma was first identified by a GP, these days opticians can provide the first line of defence by measuring pressures and assessing visual fields as part of a standard eye test. And although it’s a lifelong condition, we thankfully live in an age where there are a range of treatment options available. So, with luck, it should be possible for me to continue keeping the disease under control for quite a few more years yet.