Put your sight in the spotlight for Glaucoma Awareness Week from 27 June – 3 July 2022.

Put your sight in the spotlight and book an eye test

With the number of people living with glaucoma in the UK expected to increase by nearly a third between 2020 and 2035, we’re urging people to get their eyes tested.

Glaucoma is fairly rare below the age of 40, but the risk rises over the age of 40 and continues to increase as we get older. After we reach the age of 75, one in 10 of us are affected by glaucoma. Our ageing population along with improvements in detection methods are behind the increase in cases.

Glaucoma can be symptomless, meaning a large percentage of the peripheral vision can sometimes be lost without even noticing, due to the brain filling in any gaps in vision. For most people, the signs of glaucoma are first spotted at a routine eye test. However, research has shown that, despite sight being the sense that people fear losing the most, almost a third of the adult population in the UK are not having an eye test every two years, as recommended.

The number of people living with glaucoma in the UK is expected to increase by nearly a third between 2020 and 2035.

Glaucoma cases are rising and so is the need for support

Unfortunately, with increasing pressure on medical professionals, that information isn’t always immediately available in clinical settings. That’s where Glaucoma UK steps in and makes a difference. We support people in a number of ways, including through our buddy scheme, our glaucoma support groups and a wealth of free information materials. This helps them get the most out of their treatment so they can retain their sight and live well with glaucoma.

We also fund research into new treatments and raise awareness about the disease to stop preventable sight loss.

The growing number of people in need of our services, means we need your support more than ever. Learn more about some of the ways you can help save sight by visiting our donation page.

Learn more about how you can help

Help us start the conversation about glaucoma

If you’re living with glaucoma, we need your help to encourage your family and friends to attend sight tests every two years.

Glaucoma can be treated. The earlier it is detected, the more successful the treatment is likely to be in controlling it and preventing sight loss. Most people with early glaucoma have no symptoms. That’s why it is so important to ensure that your relatives have regular eye examinations. They might even be entitled to a free NHS-funded sight test.

Conversations about your glaucoma diagnosis can be daunting. But we’re here to support you every step of the way. Call our helpline team if you’ve got any questions or concerns.

If you’d prefer to get the conversation about glaucoma going in a more informal way, why not try some of these ideas out:

If you’d like to help us increase awareness of glaucoma to the public by sharing your story for use on our digital channels, send us a message at marketing@glaucoma.uk 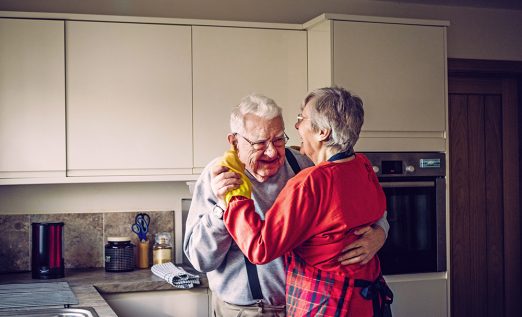 Glaucoma Awareness Week: what, when, who and why?

Glaucoma Awareness Week takes place on 27 June – 3 July 2022 and this year we’re asking you to put sight in the spotlight.

What is Glaucoma Awareness Week and why does it matter?

Glaucoma Awareness Week is an annual awareness-raising opportunity where we encourage people across the UK to talk about glaucoma. Over 700,000 people in the UK have glaucoma. Half of them don’t know they have it. We want to end preventable glaucoma sight loss and that starts with raising awareness of the disease.

Glaucoma Awareness Week takes place on 27 June – 3 July 2022 and this year’s theme is family and loved ones.

Glaucoma Awareness Week is coordinated by us, Glaucoma UK. But it wouldn’t be possible without the people who come forward to give a face to our campaign and give a voice to the different experiences of the growing number of people in the UK with glaucoma. You can meet some of the amazing people who have shared their stories with us on our Your stories page.

Family and loved ones were the focus in 2021

It was a year like no other in 2021 and many people were unable to be with their family and loved ones. So, with the timing of Glaucoma Awareness Week falling just as the restrictions were being lifted across the UK, we wanted to celebrate the opportunity to come together while also sharing important information that could help save sight.

Firstly, we raised awareness of the family link with the disease. Did you know that someone has at least a four-times higher risk of developing glaucoma if they have a close blood relative who has it? So, we encouraged people with glaucoma to tell their relatives as they need to have their sight tested regularly.

Secondly, we started a conversation about how we can support family members who are caring for someone with glaucoma. When someone you care about is diagnosed with glaucoma, our support services and information resources can help you understand the disease better.

To help spread the word about the importance of regular eye tests and the role friends and family can play in glaucoma care, Jessica and Amba kindly shared their stories.

What we got up to for Glaucoma Awareness Week 2020

For Glaucoma Awareness Week 2020, our mission was for more people in the UK than ever before to know just how important it is to look after your eye health. We also wanted to let everyone know that if you or someone you love has been diagnosed with glaucoma, Glaucoma UK is here for you.

We asked our members and supporters to help us reach more people during Glaucoma Awareness Week.

We also launched our new brand identity and new website, designed to make it easier for you to find information and contains new resources to help you live well with glaucoma, as well as launching our redesigned range of helpful resources for people living with glaucoma, which can be ordered FREE through our website here.

As part of our Glaucoma Awareness Week 2020 activities, we asked our younger supporters (aged 4 – 11), to colour in our logo design for a chance to have their artwork displayed on our social media and featured in our membership magazine.

The winner, chosen by Glaucoma UK’s graphic designer, was 8 year old Will.

You can read all about it, and see some of the other brilliant entries, in the Summer 2020 edition of our magazine. 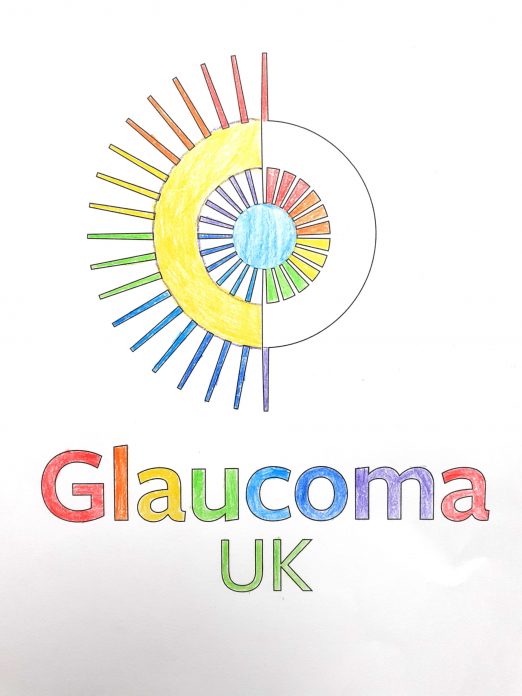